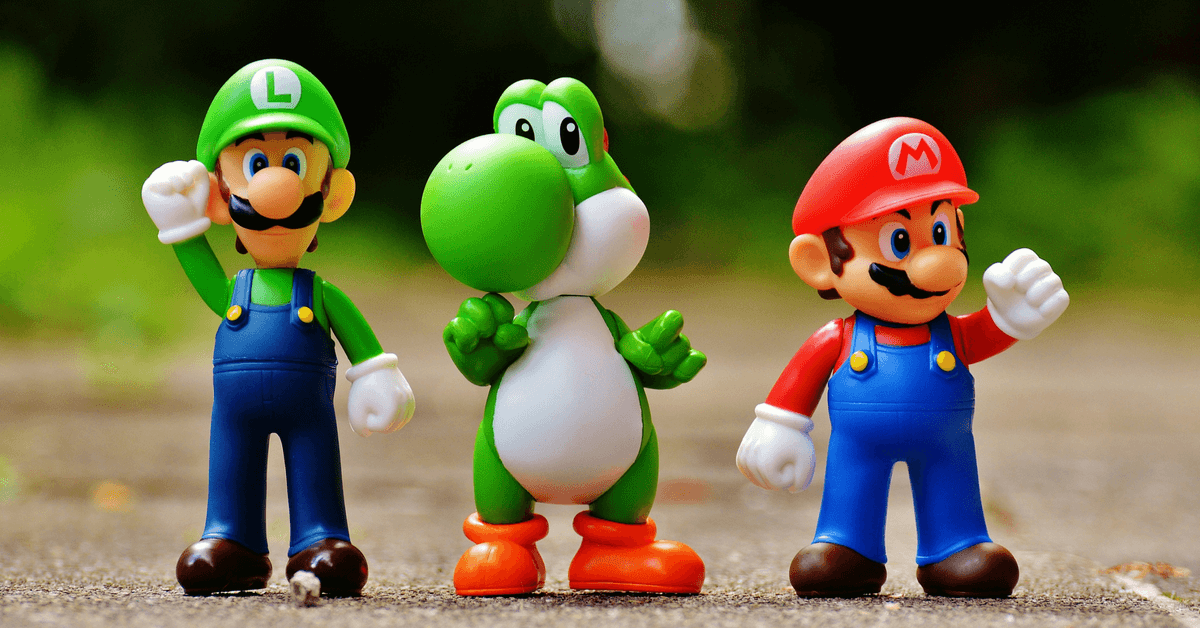 “Gamification can be described as taking the competitive nature and structure of gaming and applying them to things outside the world of entertainment. “

Gamification is quite the trend especially with the rising popularity of smart phones. The market revenue of gamification is expected to be more than $5500 billion by 2018.

The idea behind this increasing adoption of various gamification methods is that it is a great motivator in terms of learning and engaging audience proactively.

Gamification works on the principle of rewards. Various kinds of games, online and offline consist of certain tasks to be done, be it collecting coins, rescuing the princess or destroying candies. The successful completion of these tasks results in reward.

Let’s dig a little deeper. What exactly goes on in a person’s brain while playing a game?

Well, with every task done right, a person experiences pleasure which in turn releases a substance called dopamine. It’s your brain’s way to tell you that something good is about to happen. According to psychologist Jamie Madigan,

This is an evolutionary advantage that causes us to obsess over unexpected pleasures and try to predict them so that we can get more of them.

That is how gamification works. Task after task, positive incentive leads a player to move on further. This incentive can be the satisfaction of doing a difficult task, a spot on the leaderboard or a prize.

So, why not gamify your event?

Gamification is a great way to educate the attendees and immerse them in your event at the same time. Think about it, if used the correct way, you can get them to indulge in your event in a much better way, creating a memorable event experience for them while doing so.

Wondering how to bring this tool called gamification out of the tool-shed and into your event?

We’ll help you out.

Here are a few ways in which you can drive engagement at your next event with the help of Gamification:

Creating a separate gaming corner is a great way to attract the audience. It is a space for the attendees to relax during breaks and in their free time. Small gamification corner with basic games is budget permissible. Setting up video games, games like foosball, chess, etc. is a good alternative.

Another added benefit is the scope for sponsor promotion. This can be done through a creative display of sponsor logos. Think of a more creative approach to club sponsors promotion and gamification in events.

If you have a bigger budget to spare, you can also include VR and AR games. It is a great addition to a gamification corner and will surely get people talking about your event. Brands like PlayStation have launched their own VR gaming set that could be set up.

Refer to this example. The Red Sox set up a virtual batting field in the middle of Fenway Park as a part of their promotion. It is an apt example of combining gamification and VR tech for promotion.

Getting the attendees to network and interact among themselves through games is a great way to break the ice. But, remember, there’s a fine line between childish and fun. Don’t make it awkward for attendees. You can have simple games that help them to get to know their fellow attendees.

Games like two truths one lie or the name tag switch work well. You could also divide the attendees into small teams to help them network better and give out challenges.

If your event has its own event networking platform, you can get the attendees play games like trivia or a quick rapid fire quiz too using the platform.

Other examples of networking games including the name game where the attendees are given certain conditions and have to name a fellow attendee meeting those conditions. These are just a few fun ways to get to know the people around you.

One way to get attendee feedback and opinion is through polling. Polling can be based on any topic related to the event or on the event facilities, their feedback on the sessions or the overall event. Attendees can vote based on the option provided and majority opinion on the poll can be derived.

You can make polling fun and more appealing. Here’s an idea. You could divide your attendees into teams and get them to vote for your polls.

The team with the most polls answered is the final winner. You can also organize a guessing contest. Each team gives their guess for the results of the poll. The one with the closest guess wins.

Thus you can gamify your polling in multiple ways to encourage attendee participation.

According to Guidebook, 86% of event attendees, back in 2016 rated an event app as a top three aspect that made their time at an event more enjoyable. So why not utilize it to the fullest and gamify your event app?

Include fun and simple games on your event app itself.

You could include games like connect the dots or some fun puzzles. If you have a bigger budget, you could also integrate augmented reality with your event app to gamify it. Take Pokémon go for reference. It’s a great way to engage the audience as well as increase the adoption rate of your event app.

Some events gamify their event app by using the point system. Organizers send out codes or clue at certain intervals that attendees tend to collect. Each code has a certain number of points assigned to it. Attendees with the maximum points win at the end of the event.

Thus gamifying the event app is a major win win for the organizers as well. Smartphone/event app stats. Utilize this to your benefit. Create leader boards, promote through event networking platform. Include online event networking games as well.

A great way to ensure overall audience engagement during the event is to incentivize it with the help of gamification. As mentioned earlier, rewards lead to motivation. You can reward the attendees for their engagement in various aspects of your event.

Here’s an example. You can award points to the attendees for attending sessions, visiting particular stalls in an expo, engaging in the networking platform and being active in the event community. You can track this easily using event analytics.

Maintain a board with each attendee’s score. This could be displayed on your event website or an event app.

At the end of the event, the attendee with highest engagement score wins. Thus, you can decide the key facets of your event that you want your attendees to be engaged in and drive them towards it using this incentive.

6. Acquaint the attendees with the venue:

It is upon the organizers to make sure that the attendees are familiarized and acquainted with the whole event venue.

Event venue plays a major role in the overall attendee experience. It can majorly affect the feedback that the attendee has in terms of the overall event organization and management.

Event planners may have put a lot of effort into finalizing the perfect venue for their event. Getting the attendee to interact with their event venue ensures that these efforts don’t go in vain.

A fun and enjoyable way to do this is through a scavenger hunt across the venue. You can organize the hunt either the traditional way or through fun audience engagement tools like Loquiz, Huntzz, Mapdash, etc.

Some of these apps have interactive maps with QR codes to be scanned for checking into each spot. You can add on tasks to be done at each spot such as solving a puzzle, answering a question, etc.

Learning and gaining knowledge is a key agenda to attend any event. One way to share and acquire knowledge is by questioning.

Q and A can help initiate insightful and relevant discussions that can be really useful to the attendees present for the session. Organizers can encourage more attendees to ask good, relevant questions.

How? Simple, gamify it!

Turn it into a competition. You can announce beforehand that the attendees are requested to ask their questions regarding the session and the topic discussed. The medium can be as per your convenience. It can be through Social media, event networking platform or offline.

This one may be a little hard to implement at times, but it can sure be fun. You can engage get the attendees co-create small sessions with your speakers.

It is a fun way to get attendees to participate in your event. One way to go about this is to ask the attendees beforehand to suggest a topic each for the mini-session as soon as the main presentation ends.

Ideas can be collected in the form of either a tweet, a Facebook post on your page or through the event app. If you want to do this offline, you could give them each a small piece of paper to write down their suggestions and conduct a draw later. The topic selected would be the theme of small sessions later in the day.

This activity can be done if time permits. You can assign a slot for the same in your schedule. It is sure to maximize attendance as well as increase engagement.

It will also facilitate learning and help initiate relevant discussions. To make it more fun, you can reward the attendee whose topic was selected.

Apart from this, you can also leverage social media in various other ways. You can get attendees to upload pictures of the event and reward the attendee with the most impressions or engagements on their posts. Generating quizzes and getting attendees to compete with each other is also a good idea.

In order to promote their sponsor AT&T at the N.C.A.A. Final Four men’s basketball championship, the organizers set up a huge balloon that would receive a gasp of hot air as soon as an attendee sends out a tweet. Their attendee whose tweet gets the balloon to finally pop won the game.

Just make sure that the reward and giveaways that you arrange are worth it. It could be special badges, goodie bags, discount vouchers or food passes. The prospect of useful giveaways is a great motivator for participation which in turn will translate into engagement.

But most of all, it’s all about being creative and adding a little fun to your event. That’s the key to driving engagement to your event using gamification.

Want to know more about maximizing audience engagement to create a memorable event with Hubilo? Know more about it Request a Demo.