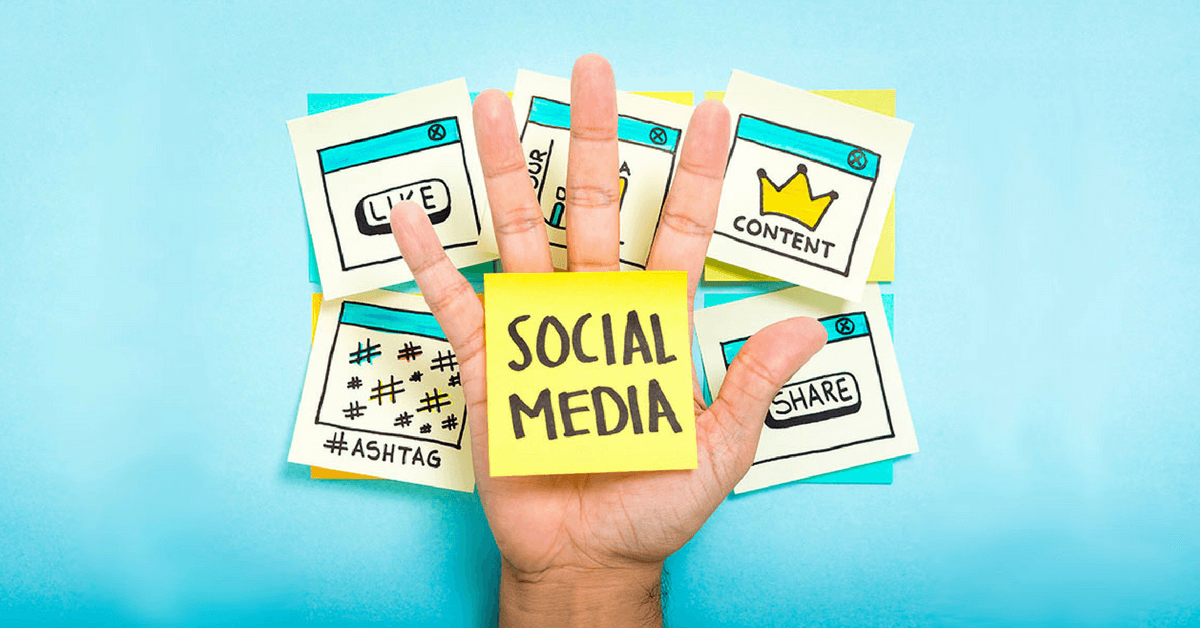 In the contemporary digital era of marketing, social media is the buzzword. Without the discovery of social media, it would have almost been a bully to cope up with work in today’s time.

Social media has assisted in developing a platform for various ventures and events. It is developing at a pace that it has become tough for an average person to wrap their head around it.

Now, imagine how it would be like to attend an event where the usage of social media is strictly prohibited and not only that, the event organisers didn’t even bother using any social media platform to promote or advertise themselves in the first place.

Very obviously the thought makes you want to frown upon especially knowing what effect social media has upon today’s youth and people.

Social media provides with networking opportunities and educational content, which are the two main components which make an event successful by attracting people towards them.

2. This calls for more socializing

Promotions on social media ensure more participants in the event. It is only wise to promote on social mediums where there are billions of people and very obvious to know that maybe a few out of the billions could be interested in your event.

3. Time to check your communication skills

Developing a proper social media strategy would allow the attendees of the event to communicate before the event, during or after it. This kind of situation would take place when there are people of common interests engaging in conversations over social media such as facebook, twitter, linkedIn. It should be the intention of the organizer to propagate such engagement.

Word-of-mouth marketing takes a better shape with the rise of social media when the planner can deploy registered participants to reach out to their social circles and enroll them for the event.

6. Breaking the flimsy sheet of ice

Online forums create an ice breaking impact on the attendees as it allows them to collaborate and communicate before and after the event. This can make the event more meaningful as more dialogue engagement and discussion could take place due to the prevailing common knowledge and interests.

Live streaming of events is also in vogue. It allows the participation of people who were unable to attend the event via live updates and posts.

Social media would also motivate the speakers to deliver a better speech and an enthralling presentation if they are more in touch with the prospective attendees.

Engaging with the attendees prior to the event will allow them to understand the interests of the audience attending and also make them aware of the kind and number of people attending the event which would prompt them for a better preparation.

9. Elevation of the experience due to social powers

The participants of an event now have a very powerful tool, social media, to put up their opinions, views and feedbacks after an event.

Hubilo’s networking platform is one such example that offers various kinds of engagement tools for the attendees to interact among themselves and communicate better with the organizers and speakers.

This not only encourages the organizers and presenters to work better but also takes up the experience of the event to a whole new level.

Developing good social media platform could result in a lot of benefits but most of all; it allows the users to select the topic they are most interested in.

This happens when the users join group discussions on LinkedIn, join fan clubs or like pages of various brands and companies on facebook or when they tweet about specific content and share them. This allows the organizer to target their potential attendees based on their interests which are more efficient than approaching any group in general.

The above mentioned are just a few perks of having a good social media strategy. If looked into, social media can upscale the output of the event or the organization by proper and optimum usage of the platform.

Want to know how Hubilo can help you plan an amazing event? Know more about it Request a Demo.

Hubilo is the event professional’s event platform for live, hybrid, and virtual events. Founded over 5 years ago to revolutionize engagement at in-person events, the company makes it easy to bring people together anywhere, anytime. Hubilo’s powerful engagement features, personal client experience team, and custom branding tools have helped create over 12K events and counting. Headquartered in Bangalore and San Francisco, Hubilo’s nearly 400 employees are dedicated to co-creating the world’s most important events: yours.