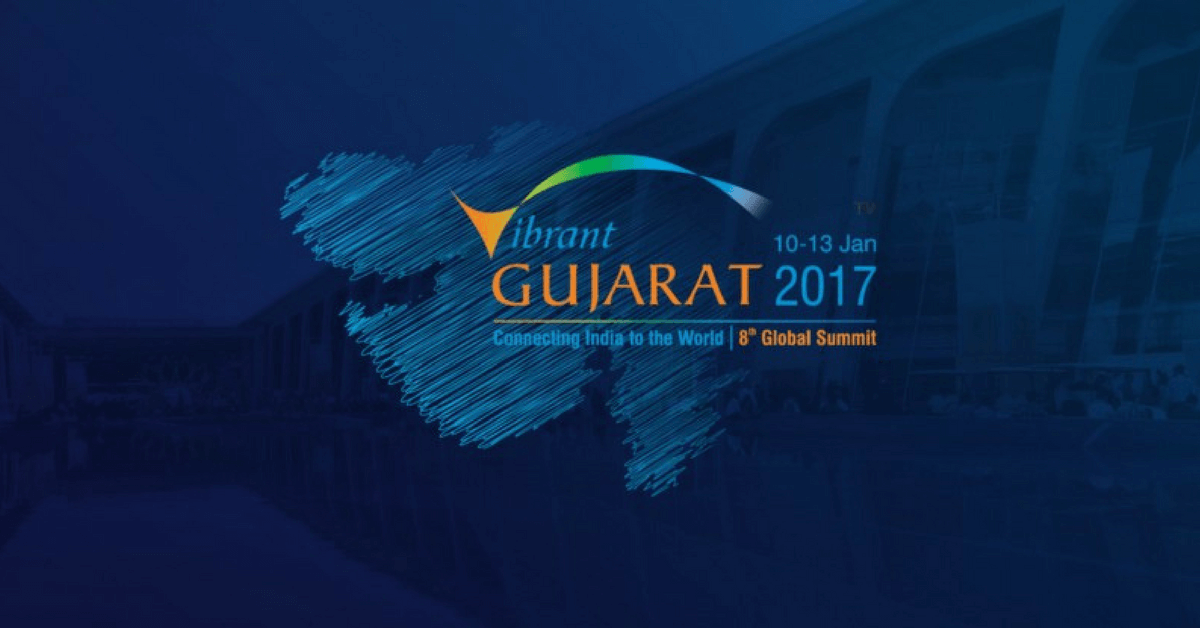 The 8th edition of India’s most dynamic business summit, the Vibrant Gujarat Global Summit, VG 2017, was scheduled for 10–13th January 2017 this year at one of the magnificent venues — Mahatma Mandir, Gandhinagar.

“Sustainable Economic and Social Development” was the prime focus point of this edition of the Summit. USA, Australia, Canada, Denmark, France, Japan, The Netherlands, Poland, Singapore, UAE, Sweden, and UK participated as the partner countries this year.

Prime Minister Narendra Modi inaugurated the ceremony on 10th January which witnessed the presence of nearly 50 CEOs of the Fortune 500 CEOs. Ratan Tata, Mukesh Ambani, and Gautam Adani along with other Indian CEOs were also present.

The CEOs from the world over along with PM Modi addressed the gathering. One of the quotes made by the PM which caught the audience’s attention was:

Gujarat, the land of Mahatma Gandhi and Sardar Vallabhbhai Patel, is also the land of business. — Narendra Modi

If you are interested in more of these, here are the Top 10 quotes of PM Modi at the Vibrant Gujarat Global Summit 2017

3. 52 investments worth more than ₹ 4,000 crores were signed during the summit.

4. The Adani Group announced that they would make an investment worth ₹ 49,000 crores in Gujarat in a span of 5 years.

5. A 14-year old Harshvardhan Zala has designed a drone. He signed a MoU with the Department of Science and Technology, Government of Gujarat worth ₹ 5 crores for the production of this drone.

BUT How was Vibrant Gujarat different this year?

With the country and the world going digital, technology has found its way in every single industry. Automation has become the need of the hour and is now the most preferable choice for many.

Just like all the other industries, technology has become the go-to in the event industry as well. Event technology and event management software have taken over the industry completely.

And this is a fairly smart choice. In today’s digital era when humans are using automation for the tiniest of the things, it would be too foolish to waste your time going around from vendors to vendors to get all the tasks done.

That is the exact smart choice that the organizers of Vibrant Gujarat made. They used event technology to make their event larger than life.

How did event technology contribute to the Vibrant Gujarat Global Summit 2017?

The Android and iOS application of the Vibrant Gujarat Global Summit 2017 was made using Hubilo.

This automated app of the VG Summit had some extremely functional and neat features.

It helped them find nearby hotels, nearby restaurants, tourist attractions, etc. The virtual assistant even had some interesting conversations with the attendees. Have a look.

Some of the other features the attendees were facilitated with are:

1. Being the primary goal of the summit, the B2B and B2G meetings were also set up through this mobile and web app. It was simple and quick which made it quite handy for not just the attendees to set up their meetings prior to the event but also for the organizers to monitor them on-the-go.

2. The app helped the users discover other attendees from their field.

3. It even helped them find events which were relevant to their industry.

4. The app gave them information about other attendees, participating ministries, speakers, and events.

5. They were even allowed to access the virtual map of Mahatma Mandir.

So what did you think of this event? Tell us in the comment section.

PS: Want to know how Hubilo can help you plan a stress-free event? Know more about it Request a Demo.